You are here: Home / Featured / A new era for vaccines in Africa?

Pharma major BioNTech plans to start construction on its first start-to-finish vaccine plant in Africa in the middle of next year, Bloomberg reports (www.bloomberg.com/news/articles/2021-10-26/biontech-to-start-building-vaccine-plant-in-africa-next-year). 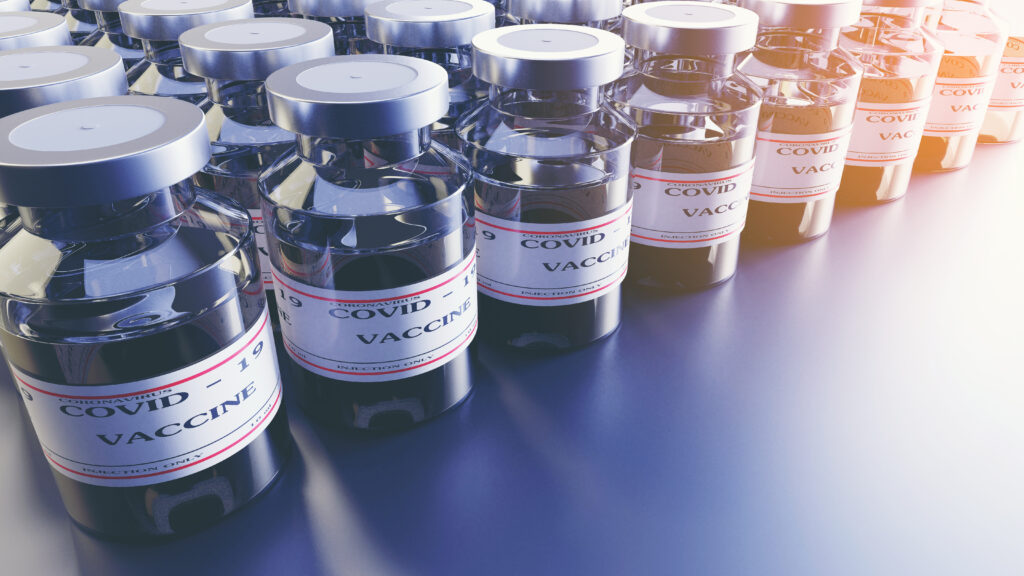 The German company said it is developing the plans with the governments of Rwanda and Senegal, and initially, the factory will have an annual capacity of 50 million messenger RNA vaccine doses. The location hasn’t been decided yet, and the company didn’t announce a timeline for completion.

Another pharma major, Moderna said Tuesday (26 Oct) it had agreed to sell as many as 110 million doses of its Covid-19 shot to the African Union (AU) in an arrangement brokered in part by the White House, which will defer delivery of doses intended for the USA to facilitate the deal, officials told Reuters. (www.reuters.com/world/africa/exclusive-african-union-buy-up-110-million-moderna-covid-19-vaccines-officials-2021-10-26/)

The AU’s doses will be delivered over the coming months, with 15 million arriving before the end of 2021, 35 million in the first quarter of next year and up to 60 million in the second quarter.

“This is important as it allows us to increase the number of vaccines available immediately,” AU coronavirus envoy Strive Masiyiwa said in an email. “We urge other vaccine producing countries to follow the lead of the (U.S. government) and give us similar access to buy this and other vaccines.”

The Moderna purchase is the second time that the AU has agreed with a pharmaceutical company to buy COVID-19 vaccines. It reached a deal in March with Johnson & Johnson (JNJ.N) for up to 400 million doses.

With the exception of the J&J deal, the AU has not had access to vaccine purchases, Masiyiwa told a virtual news conference.

“I have sat in meetings with every single one of the suppliers,” he said.

He added that the deal announced Tuesday was unique and a breakthrough that came after South African President Cyril Ramaphosa and Kenyan President Uhuru Kenyatta asked U.S. President Joe Biden to “stand aside for the next quarter so that we could access vaccines and purchase ourselves.”

The AU is paying the same price per dose as COVAX, a global scheme meant to ensure fair vaccine access, Masiyiwa said. In May, Moderna said it would sell COVAX vaccines at its “lowest tiered price” without disclosing further details.

The new shipments are well below what Africa needs to inoculate its 1.3 billion people, who have had far less access to the vaccines than more prosperous regions. Only 8.4% of Africa’s population has received at least one dose, compared to the global average of 48.7%, according to the World Health Organization.

The Biden administration is deferring delivery of 33 million doses it had bought from Moderna to give the AU its “spot in line” to make a purchase, according to Natalie Quillian, the White House’s deputy coordinator for COVID-19 response.

Washington’s decision is what the AU has been asking wealthy nations to do for months, Masiyiwa said.

Moderna earlier this month said it would spend as much as $500 million to build a factory in Africa that could produce half a billion mRNA vaccine doses a year.

Both the Moderna and BioNTech factories may be completed too late to have much impact on the Covid-19 pandemic. They could instead produce other mRNA vaccines once they’re approved. BioNTech is working on an mRNA vaccine for malaria, which kills hundreds of thousands of children in Africa each year.

Pfizer Inc. and partner BioNTech announced a separate plan in July for a site in Cape Town, South Africa that would focus on the final stage of the manufacturing process.

The US F.D.A. has authorised Pfizer’s Covid vaccine for children 5 to 11. The first shots could be available next week, the New York Times reports.

The move was eagerly awaited by families. About 28 million children in that age group would be eligible to receive one-third of the adult dose, with two injections three weeks apart. If the Centres for Disease Control (CDC) signs off, as is expected, the children could start receiving shots as early as Wednesday.

The Biden administration has promised that children’s shots will be easily accessible at paediatrician offices, community health centres, children’s hospitals and pharmacies, with 15 million doses ready to ship immediately.

The results come from a randomized, controlled trial of fluvoxamine in unvaccinated people in Brazil who had recently become infected with SARS-CoV-2 and who had at least one pre-existing condition that made them more likely to develop severe COVID-19. The study, published yesterday in The Lancet Global Health, involved 1500 participants who had COVID-19 symptoms and tested positive for the virus. Half received the drug, a so-called selective serotonin reuptake inhibitor, within 7 days of their symptoms’ onset, and half got a placebo. Those who received a fluvoxamine pill twice a day were 32% less likely to be hospitalized or need prolonged observation in an emergency room than those in the placebo group.

The results were stronger in a smaller group that excluded patients in the treatment arm who failed to follow through and take the full course of the drug. In the group that largely followed doctors’ orders—taking the pills at least 80% of the time—the risk of hospitalization was 66% less than in those in the placebo group. Just one of the treated patients died, compared with 12 who received the placebo.

The results are “promising, particularly as this product is inexpensive and could be made widely available,” Penny Ward, a drug company consultant and visiting professor in pharmaceutical medicine at King’s College London, told the Science Media Centre. But she cautioned that the trial did not include vaccinated people with “breakthrough” SARS-CoV-2 infections, who make up an increasing proportion of COVID-19 patients as more and more people are vaccinated.

Although its mechanism of action in the COVID-19 context is uncertain, fluvoxamine was examined as a possible treatment because of its antiviral and anti-inflammatory effects; it also has antiplatelet activity that could potentially reduce the widespread clotting that can complicate severe COVID-19.