You are here: Home / Featured / New evidence regarding the cause of “tomato flu”

A mysterious new illness has spread across several Indian states since its initial reporting in early May. The disease has been termed “tomato flu” due to the tomato shaped blisters caused by the condition. However, the cause of the disease has remained unexplained for months. 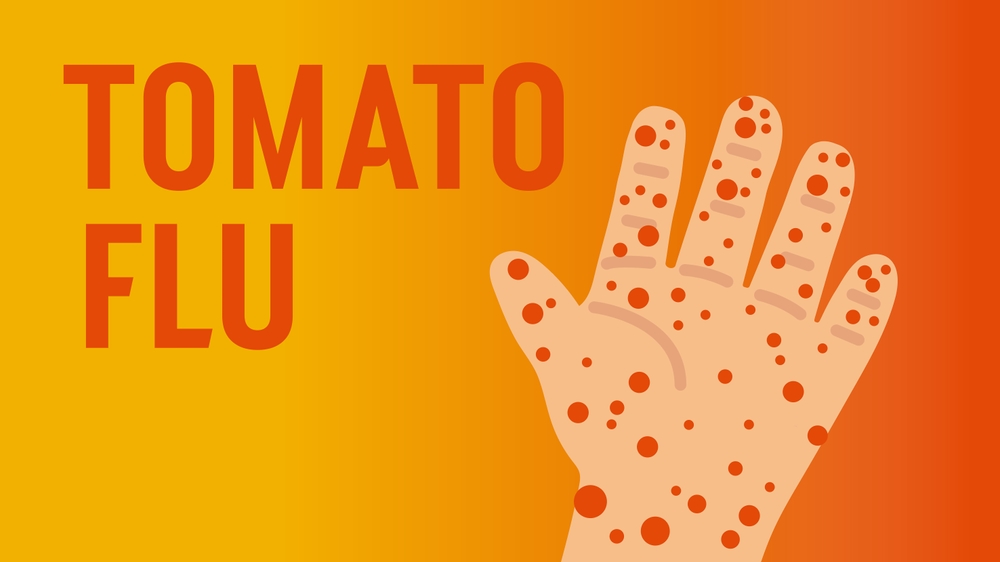 Speculation arose following a correspondence piece published in The Lancet Respiratory Medicine, that documented the original cases of the disease in Kerala. Along with an overlap in symptoms with COVID-19, the researchers noted that “tomato flu could be an after-effect of chikungunya or dengue fever in children rather than a viral infection.” The researchers went on to speculate that “the virus could also be a new variant of the viral hand, foot, and mouth disease, a common infectious disease targeting mostly children aged 1–5 years and immunocompromised adults, and some case studies have even shown hand, foot, and mouth disease in immunocompetent adults”

Experts have speculated over the cause, arguing that the designation of “tomato flu” may be causing issues in creating more of a mystery, rather than actually attempting to diagnose the condition. “They called it a flu, a tomato flu, which is descriptive, but it’s not really scientifically accurate,” Ian Michelow, MD, head of infectious diseases and immunology at Connecticut Children’s Hospital, told Health. “It’s really just a description of a rash in children who are ill with a fever, and it’s not really describing whether they’ve got a different type of virus, or a new virus, or an emerging virus, or whether it’s just a variant of something that already exists.”

New evidence from the UK has solved the mystery once and for all. Testing from samples of two children arriving back into the UK with symptoms of tomato flu following a family holiday in Kerala have revealed the cause to be an enterovirus named coxsackie A16, responsible for hand, foot and mouth disease (HFMD).

As previously reported by Health Issues India, symptoms of the illness include an extreme fever, body aches and pains, swelling of the joints, and fatigue. According to several reports, tomato flu can also cause stomach cramps, nausea, vomiting, diarrhoea, coughing, sneezing, and a runny nose. In some cases, it has also been reported to change the colour of the legs and the hands.

These symptoms coincide with a host of other conditions, and so made diagnosing the condition an issue. According to the most recent figures, 82 children aged under five had been diagnosed with the virus in Kerala, with two more states now reporting cases. No fatal cases have been reported as of the time of writing.