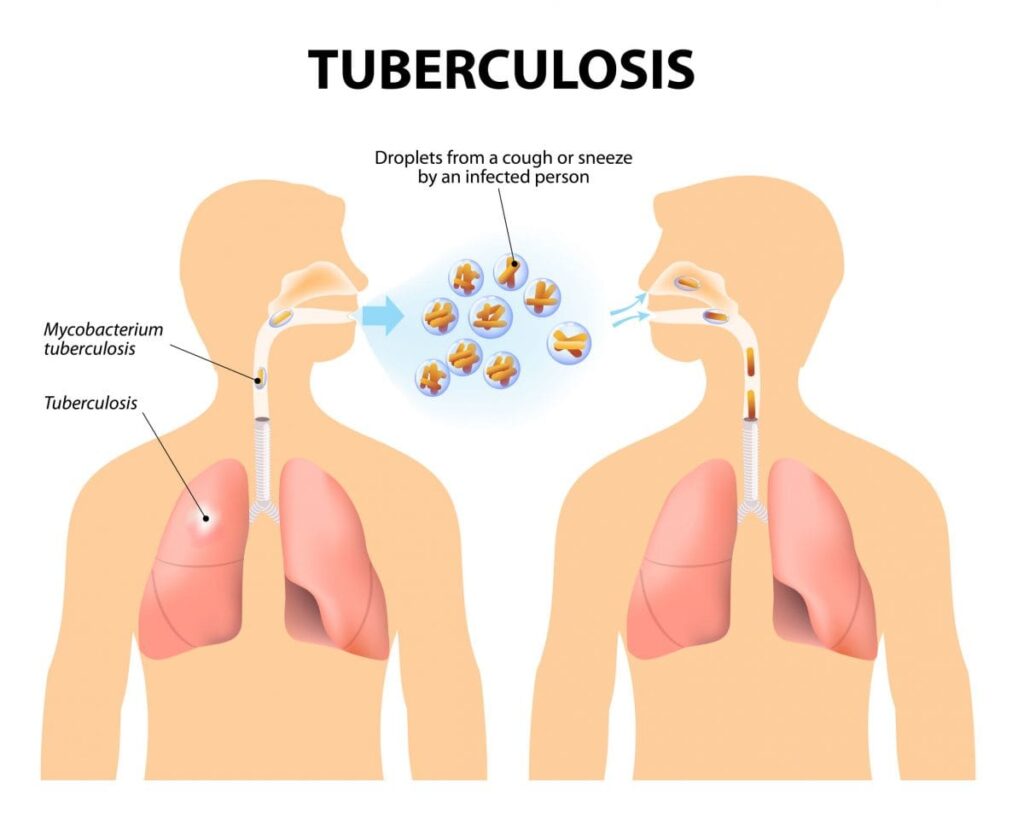 COVID, the new pandemic has made an old one worse. After many years of slow but steady decline, the number of deaths from tuberculosis (TB) is rising again. www.economist.com/international/2022/10/27/how-one-pandemic-made-another-one-worse?

According to figures published on October 27 by the WHO’s  Global TB Programme, the death toll from tuberculosis was 1.6m in 2021, a rise of 14 percent since 2019. A paper published last year predicts that number will increase by another 5 percent to 15 percent over the coming half decade. The WHO reckons that COVID has set back progress against TB by many years.

COVID caused a cascade of problems for anti-TB efforts, especially in poorer countries with less robust health systems. Initially, the hope was that lockdowns and mask mandates might help keep the disease in check. Like COVID, TB is transmitted by airborne particles emitted by the sick when they cough, sneeze or even speak. As poor families spent more time in small, badly ventilated homes, the bacterium spread more quickly. Economic disruption meant that poverty and hunger rose. The WHO reckons that the number of people given preventative treatment fell by around 10% at the height of the pandemic, between 2019 and 2020.

Diagnoses fell more sharply, from 7.1m in 2019 to 5.8m in 2020, especially in poorer countries where the disease is most common. That was not because fewer people were falling sick, but because fewer could get to a doctor or a clinic.

Those who did manage to obtain a diagnosis often struggled to get treatment. Health systems were clogged with COVID patients, leaving little room for others. TB patients suffered more than most, since doctors and medical facilities with expertise in respiratory diseases were among the first to be diverted to treat coronavirus patients. Worldwide spending on TB, which was already less than half the global target, fell further, from $6bn in 2019 to $5.4bn in 2021.

The effects of all this are now being felt. As lockdowns have lifted, patients are at last able to reach doctors and clinics. Diagnoses are beginning to rise again, reaching 6.4m in 2021. But months or years of delays have left some too sick to be treated. Efforts to ensure that patients complete treatment—home check-ups, for instance, or having health-workers watch as patients swallow their pills—had to be suspended during lockdowns. That will have stored up problems of its own, for abandoning treatment mid-way encourages the bacterium to evolve resistance to the antibiotics used to treat it.

But while COVID has been bad for tuberculosis sufferers, some doctors and officials argue that the world’s response to the newer pandemic shows how it could tackle the older one too. Perhaps COVID’s biggest impact, says Lucica Ditiu, head of the Stop TB Partnership, a UN body, was to show just what can be accomplished. Huge quantities of money and effort were poured into developing and assessing treatments. Quick and convenient diagnostic tests were invented, refined, mass-produced and shipped worldwide within months.

A similar effort is not on the cards for TB, which frightens few people in rich countries. However, even a much smaller one would make a big difference. In a paper published in April in the New England Journal of Medicine, researchers calculated that more than $100bn was spent developing COVID vaccines during the first year of the pandemic, producing more than a dozen candidates. At around $0.1bn per year, investment in new TB vaccines has been a thousand times lower. The only existing vaccine, the Bacillus Calmette–Guérin, or BCG, is more than 100 years old. Although it is mostly effective in preventing severe disease in children, in adults the protection it offers varies greatly, for reasons that are not well understood.

Diagnosis is just as primitive. The most widely used method is the rough-and-ready one used in the 1880s, when M. tuberculosis was first identified: Putting sputum under a microscope and looking for the bacteria by eye. When it comes to treatment, just three new drugs have been approved by American regulators over the past four decades. Existing treatments are slow, lasting between six and 30 months, and have severe side-effects.

Even before covid, new tests for TB were being developed, as were a clutch of new vaccines. One, first developed by GSK, a British drug firm, and then by the Bill & Melinda Gates Foundation, a charity, is in advanced clinical trials. Now, some of the technology that was used to combat COVID is starting to be applied to TB too. mRNA vaccines are a new and powerful technology that forms the basis of several successful covid jabs. BioNTech, a German firm that, along with Pfizer, an American one, introduced one of the first mRNA vaccines against COVID, plans to start trials of a TB mRNA vaccine later this year.