You are here: Home / Featured / Countries across the globe track COVID-19 cases emerging from China 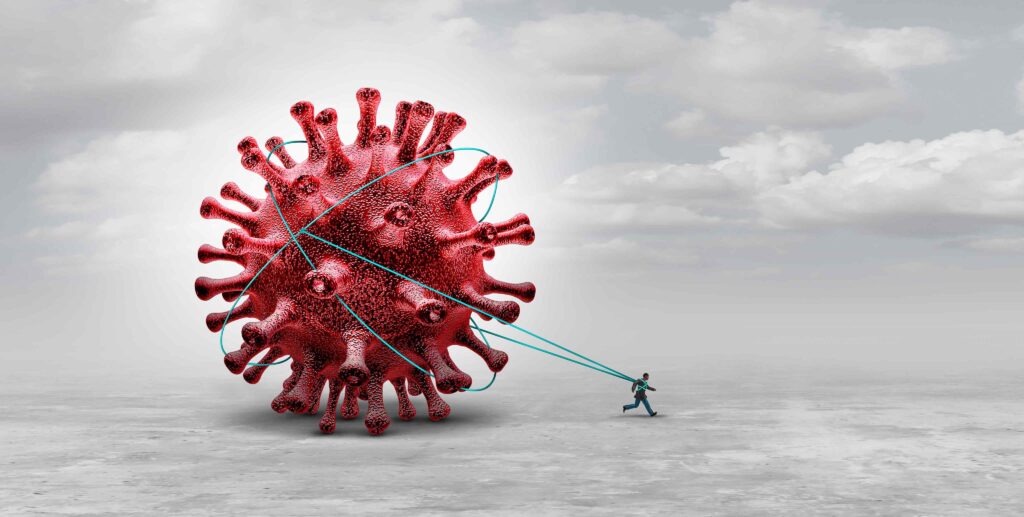 The United States (US) is considering sampling wastewater taken from international aircraft to track any emerging new Covid-19 variants as infections surge in China.  UK-based health experts estimate about 9,000 people a days are now dying of the disease in China. https://www.theguardian.com/world/2022/dec/30/china-covid-experts-estimate-9000-deaths-a-day-as-us-says-it-may-sample-wastewater-from-planes?

The proposed testing of wastewater by the US Centers for Disease Control and Prevention (CDC) would provide a better solution to tracking the virus and slowing its entry into the US than new travel restrictions announced this week, three infectious disease experts said.

The US and a number of other countries have said travellers from China will require mandatory negative COVID tests.

Their comments came as UK-based health data firm Airfinity said about 9,000 people in China were probably dying each day from COVID, nearly doubling its estimate from a week ago.

COVID infections started to sweep across China in November, picking up pace this month after Beijing dismantled its zero-COVID policies including regular PCR testing on its population and publication of data on asymptomatic cases.

Cumulative deaths in China since 1 December likely reached 100,000, with infections totalling 18.6m, Airfinity said in a statement on Thursday. It used modelling based on data from Chinese provinces before the recent changes to reporting cases were implemented, it said.

Their figures were in contrast to the several thousands of cases reported by Chinese health authorities a day, after a nationwide network of PCR test sites was largely dismantled and authorities pivoted from preventing infections to treating them.

The European Union’s health agency said on Thursday it believed the EU-wide introduction of mandatory COVID screenings for travellers from China was currently “unjustified”, pointing to the “higher population immunity in the EU/EEA, as well as the prior emergence and subsequent replacement of variants currently circulating in China”.

But in a series of tweets, the World Health Organization  (WHO) chief, Tedros Adhanom Ghebreyesus, renewed his appeal to China to be more forthcoming with detailed data on the pandemic situation in the country.

Airfinity expects deaths to peak on 23 January with about 25,000 a day, with cumulative deaths reaching 584,000 starting  December. Since 7 December, when China made its abrupt policy U-turn, authorities have officially reported just 10 COVID deaths.

Internationally, travel restrictions such as mandatory testing have so far failed to significantly curb the spread of COVID and function largely as optics, said Dr Michael Osterholm, an infectious disease expert at the University of Minnesota.

“They seem to be essential from a political standpoint. I think each government feels like they will be accused of not doing enough to protect their citizens if they don’t do these,” he said.

The US this week also expanded its voluntary genomic sequencing program at airports, adding Seattle and Los Angeles to the program. That brings the total number of airports gathering information from positive tests to seven.

But experts said that might not provide a meaningful sample size.

A better solution would be testing wastewater from airlines, which would offer a clearer picture of how the virus was mutating, given China’s lack of data transparency, said Dr Eric Topol, a genomics expert and director of the Scripps Research Translational Institute in La Jolla, California.

China has said criticism of its COVID statistics is groundless, and played down the risk of new variants, saying it expects mutations to be more infectious but less severe.

The US has announced all travellers from China must provide a negative COVID-19 test to enter the country, joining other nations imposing restrictions because of a surge of infections. https://www.theguardian.com/world/2022/dec/28/italy-decrees-travellers-from-china-must-take-covid-tests?

From 5 January, all travellers to the US from China will be required to take a COVID test no more than two days before travel and provide a negative test before boarding their flight. The testing applies to anyone two years and older.

Other countries have taken similar steps in an effort to keep infections from spreading beyond China’s borders. Japan will require a negative COVID-19 test upon arrival for travellers from China, and Malaysia announced new tracking and surveillance measures. India, South Korea and Taiwan are requiring virus tests for visitors from China.

Italy became the first country in Europe to make it obligatory for people arriving from China to be tested for COVID following Beijing moving to reopen its borders.

Italy has already been monitoring swab tests at Rome’s Fiumicino airport and Milan’s Malpensa airport, where on Monday one in two passengers arriving on flights from China who undertook non-mandatory tests were found to be positive for coronavirus.

“detect and characterise new and rare” COVID variants, according to its top health authority. Under the program, the US collects anonymous nasal swabs from arriving international travellers on selected flights.

Virologists are watching nervously how China’s decision to drop quarantine for overseas visitors from 8 January and from the same date resume issuing visas to foreigners and passports to its own people may affect the global spread of the disease.

The end of China’s zero-COVID approach comes amid surging case numbers, with low vaccination rates especially among elderly people. Ascertaining the spread and severity of COVID is more difficult than ever as Beijing has stopped publishing daily case numbers and ended mass testing.

“They’ve changed very quickly from a zero-COVID approach to completely relaxing things, so maybe that’s happened too quickly to keep up,” said Australian infectious diseases expert Prof Dominic Dwyer, one of the team tasked with travelling to Wuhan early in 2021 to investigate the origins of the pandemic in a report for the World Health Organization (WHO).

“We don’t know what variants are circulating in China at the moment … [and] whether those variants are different in terms of their response to vaccination.”

Experts say the lack of data is likely to be masking the number and severity of cases, and physicians in China are reporting a massive infection and death surge. Howard Bernstein, a Beijing-based doctor, told Reuters that patients are arriving sicker and in greater numbers, and that the ICU ward where he works at the Beijing United Family hospital was full.

Prolonged lockdowns in China also mean a significant proportion of the population have not been infected with newer variants, and the Sinovac and Sinopharm vaccines China has relied on appear less effective than mRNA vaccines used elsewhere.