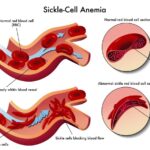 Sickle cell disease is endemic among some populations in India. As a genetically inherited condition some populations are disproportionately affected. In India. There are many poorer, rural areas in which the disease is prevalent, as well as within a number of tribal populations. Marking June 19th as World sickle cell day, charities asked that the […]