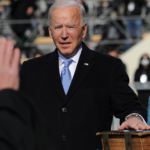 Newly-inaugurated president Joseph R. Biden, Jr. has reversed two key policy moves of his predecessor, Donald Trump: namely, the latter’s decision to withdraw from the Paris agreement on climate change and to stop U.S. funding to the World Health Organization (WHO). Biden, who was sworn in on January 20th at the United States Capitol in […]