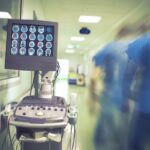 In December, 146 infants lost their lives in the JK Lon Hospital in the Rajasthan city of Kota. The Rajasthan High Court sought a report from the government on Tuesday after a public interest litigation (PIL) was raised concerning the high number of deaths. The sudden surge in infant deaths prompted an investigative committee -, […]