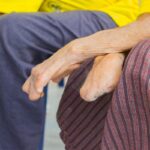 A new report by the World Health Organization (WHO) has indicated that India accounts for more than half of the world’s leprosy cases. This comes despite an announcement by the Indian Government that the country was leprosy-free as of 2005.    According to the National Leprosy Eradication Programme (NLEP) report, a total of 65,147 new […] 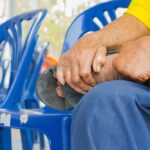 What’s in a name? For some campaigners, the name ‘leper’ does more harm than good in fighting the infectious disease which continues to be saddled for those whom it affects with stigma and prejudice. “Health campaigners are calling for an end to the use of the word leper, saying the language frequently used by politicians […]

Novartis leprosy medicine donation program with WHO extended to 2025 Program has already treated over 7 million patients since 2000 New evidence from contact tracing and preventive treatment program shows route to accelerate elimination  Basel, January 29, 2021 — A renewed partnership agreement signed by Novartis and the World Health Organization (WHO) will drive the […] 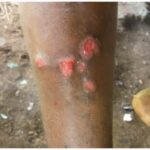 India has a prolonged history of setting ambitious elimination deadlines for a host of diseases, only to miss the deadline and simply re-announce another year.  Many diseases, such as leprosy, are simply neglected with most individuals affected belonging to lower castes and viewed as outcasts from society — a view proliferative through thousands of years. […] 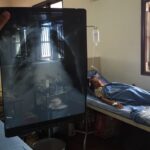 Both infectious diseases and noncommunicable diseases (NCDs) take a significant toll throughout India. In Maharashtra, a screening campaign has led to diagnoses of numerous conditions throughout the state capital Mumbai and detection of multiple symptoms of a range of ailments. The survey, conducted by the Brihanmumbai Municipal Corporation (BMC), covered approximately 25 lakh people over […]

Leprosy and tuberculosis (TB) are the latest diseases to be added to a screening programme aimed at detecting disease and underlying risks of disease within children. The Rashtriya Bal Swasthya Karyakram (RBSK), or “Child Health Screening and Early Intervention Services”, already screens for thirty health conditions prevalent in children under eighteen. Among these are defects […]

In 2018, then-Union Health Minister J P Nadda promised the eradication of leprosy by the end of the year. This aim was clearly not achieved, with cases of leprosy seeming to be in resurgence. Now, Health Minister Dr Harsh Vardhan has set about a far more realistic goal — the elimination of archaic laws forcing […]

India is officially the leprosy capital of the world according to the World Health Organization (WHO); they estimate that 66 percent of all the world’s leprosy patients now reside in the country. Such news comes as a blow to India’s prior announcement — dating back to 2005 — of the elimination of leprosy. An estimated […]

Nepal could be inching towards a leprosy resurgence, a decade after it declared elimination of the disease. The situation in Nepal mirrors that of its neighbour to the south. India, too, declared eradication of leprosy. Yet, in recent years, the disease has displayed symptoms of a resurgence. The 2017-18 period saw 90,709 leprosy cases reported […]

India may have officially eliminated leprosy in 2005. However, the battle against the disease is far from over. A spike in the number of new infections has furthered alarm that the disease may be showing signs of a resurgence in India. 90,709 cases of leprosy were recorded in the 2017-18 period, statistics suggest. This is […]