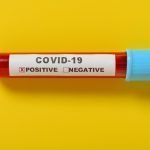 More than 5,000 people are probably dying each day from COVID-19 in China, health data firm Airfinity estimated, offering a dramatic contrast to official data from Beijing on the country’s current outbreak.www.medscape.com/viewarticle/986013?src=wnl_edit_tpal&uac=398271FG&impID=5026929&faf=1 The UK-based firm said it had used modelling based on regional Chinese data to produce figures that also put current daily infections in […]

Scientists have linked an invasive mosquito to an unusual outbreak of malaria in Ethiopia. Anopheles stephensi, native to southern Asia, was first identified in Africa a decade ago in the Republic of Djibouti, which borders Ethiopia. It has since spread to at least four other countries in sub-Saharan Africa. www.science.org/content/article/unusual-malaria-outbreak-tied-invasive-mosquito? Now, amid lingering questions about whether […] 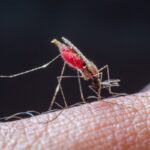 A new vaccine against malaria has shown promising preliminary results in a large trial in four African countries, boosting hopes that an additional tool may soon be available to help control the deadly disease. www.science.org/content/article/new-data-buoys-hopes-promising-malaria-vaccine-questions-remain The vaccine, named R21/Matrix-M and developed by researchers at the University of Oxford, produced similarly impressive results in a small trial last […] 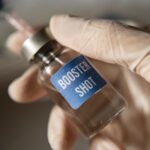 A citywide COVID-19 lockdown in China’s financial capital of Shanghai has disrupted food supplies badly, causing a wave of anxiety as residents ration dwindling stores of vegetables and staples. COVID-test requirements for truckers entering Shanghai have caused delays in the delivery of foods and other commodities. Within the city, many food delivery workers have been […] 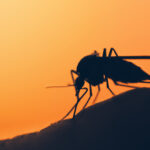 With Covid-19 figures generally heading south (touchwood and all that!), the big news of the week focussed on older ailments with the bat virus being replaced by the unfriendly neighbourhood mosquito. More than 130 years after the naming of the Plasmodium parasites behind malaria, the world now has its first approved vaccine against them. Many malaria researchers […] 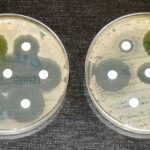 Antimicrobial resistance (AMR) has emerged as a “silent pandemic”, commentators argue, as experts argue for a harmonised approach to mitigate the damage. The COVID-19 pandemic has contributed substantially to the AMR crisis, with the prescription of antibiotics for the treatment of those affected by COVID-19 contributing to an increase in AMR cases. This is a […]

BioNTech gained prominent public attention for its collaboration with Pfizer which produced a COVID-19 vaccine using mRNA technology. They have once again hit the headlines – this time setting their sights on malaria. BioNTech’s malaria project is part of the ‘eradicateMalaria’ initiative, led by the kENUP Foundation, to accelerate the eradication of the mosquito-borne disease. […] 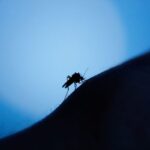 Last year, we prefaced our coverage of World Malaria Day with the note that “the era of COVID-19 masks the manifold health issues the world – India included – is grappling with. Malaria is among those issues – and with March 25th marking World Malaria Day, it is important to pay attention to the disease […]

Malaria cases in Mangaluru have continued to decline thanks to malaria control system (MCS) technology that has helped to aid efforts, alongside active source reduction exercises taken in recent years against the spread of vector-borne disease.  Mangaluru, a coastal city known for having endemic malaria issues for three decades, has seen malaria incidence significantly reduced […] 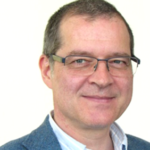 The response to the ‘Big Three’ – HIV, malaria, and tuberculosis – has been hard-hit by the COVID-19 pandemic. Experts have warned that a surge in deaths due to the ‘Big Three’ could ensue, as the pandemic hits access to vital medicines and other treatments and disrupts much-needed prevention campaigns. To discuss the effect of […]