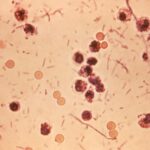 A shigella outbreak has been identified in a special medical camp taking place in Kottamparamba near Mayanad in Kerala. Thus far, an eleven-year-old boy has reportedly died due to an infection, with others being hospitalised. Health officials in the Kozhikode district of Kerala convened emergency meetings and began issuing preventative measures last week after the […]