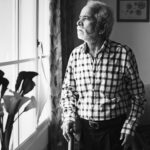 Veneration of our seniors is often considered the norm in India, but elder abuse certainly occurs. According to some estimates, the problem is growing.  Down to Earth reported earlier this year of the worrisome trend. The report by the publication cited the Longitudinal Ageing Study in India, which found that five percent of India’s seniors […]