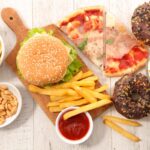 Soon, junk food will no longer be sold in schools. The Food Safety and Standards Authority of India (FSSAI) has moved to prohibit the sale of junk food in school canteens against the backdrop of a growing crisis of childhood obesity in the country. By 2030, India is expected to be home to 27 million […]

In 2017, one in every five deaths globally was due to poor eating habits according to a recent report published in The Lancet. “This study affirms that poor diet is responsible for more deaths than any other risk factor in the world,” author Dr Christopher Murray, Director of the Institute for Health Metrics and Evaluation […] 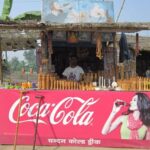 Diabetes cases in India are rising. Some studies suggest that it is India’s fastest growing disease. India housed an estimated 72 million cases of diabetes in 2017. This figure is expected to increase considerably to 134 million by 2025. A victim of its own success? The reasons for this rapid increase in diabetes cases are […]

Let us investigate the reasons behind the rise in obesity in India. India has the third highest obesity rate in the world. If this fact isn’t alarming enough, then here are the details. In 1975 1.3percent of our population was obese. In 2014 it rose to 3.7percent and in 2017 it stood at five percent. […] 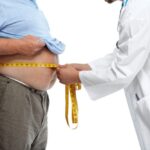 India is facing a diabetes crisis. Western dietary habits, particularly the increased consumption of junk food, are becoming increasingly common in the country. This, combined the genetic predisposition for diabetes, is laying the groundwork for a public health crisis which will see an estimated 134.3 million people suffering with diabetes in India by 2045. India’s […]