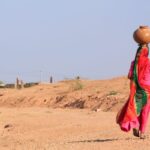 India is home to around eighteen percent of the global population — with numbers set to increase in the coming years. Despite such a vast population, India only has access to around four percent of global freshwater resources. Meanwhile, India’s per capita water availability is on the decline, presenting the very real possibility of a […]